Einstein’s equations can do more than just give us models for specific phenomena such as black holes or gravitational waves; they can also be used to describe the universe as a whole. On the basis of general relativity, physicists, mathematicians and astronomers have developed the so-called big bang models. They describe how our universe evolved from an extremely hot and dense early phase to its present state.

A key property of these models is that the universe has to change over time. Einstein’s equation simply do not allow for a stable, eternally unchanging cosmos. According to the big bang models, any universe has to either expand or collapse. Our own universe is expanding, with characteristic consequences for astronomical observation. 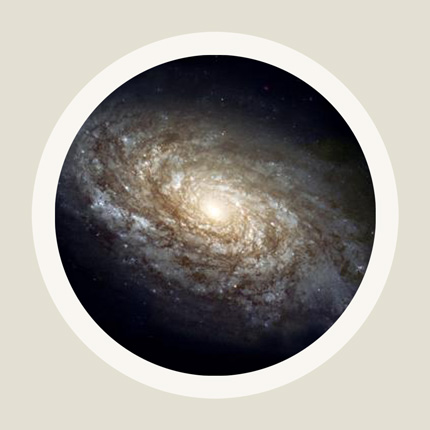 Together, billions and billions of stars like our sun form gigantic star systems – galaxies like our own Milky Way galaxy, which probably doesn’t look all that different from the galaxy NGC 4414 shown here: The cosmological models of general relativity paint a rather simple picture of a universe filled with a collection of such […] 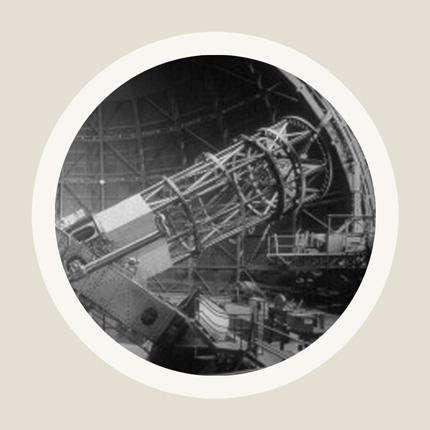 Cosmic expansion has consequences for the light that reaches us from far-away galaxies – consequences that, in the 1920s, set astronomers on the track of an expanding universe in the first place. For an exact description of these effects, one would need a geometrical picture of the universe’s expansion. This is the proper way to […] 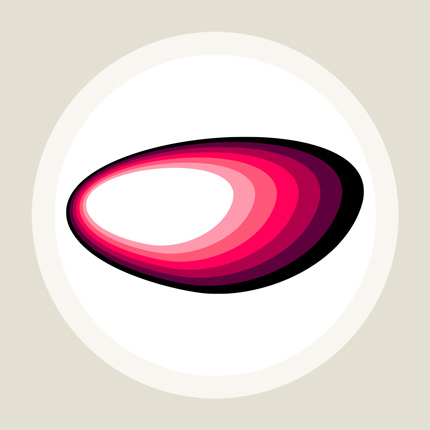 An expanding universe, with the distances between galaxy increasing all the time, must have been much more dense, and the galaxies much closer together, in the past. The details follow from Einstein’s equations which connect the way expansions runs its course with the properties of whatever matter the cosmos contains. For realistic models, a picture […] 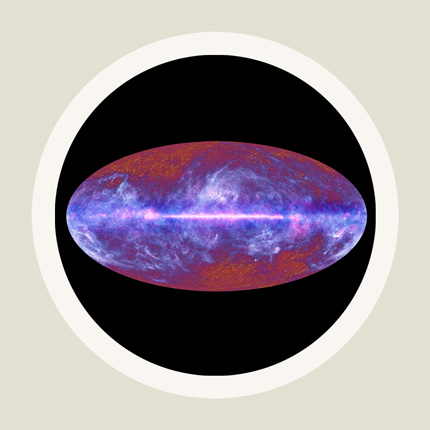 From the first millionth of a second on, the big bang models are on fairly safe ground. Standard theories of physics such as the standard model of particle physics tell the researchers how matter behaves under the temperature conditions in question, and the model’s predictions concerning the abundances of light elements and the cosmic background […] 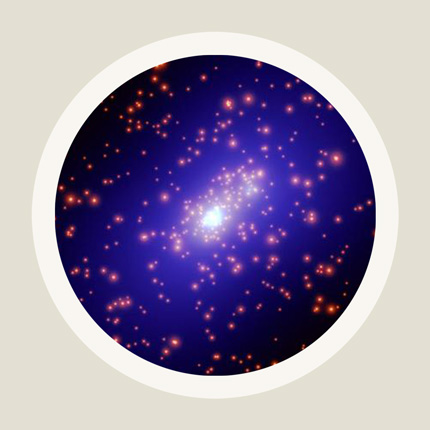 While the predictive power of the big bang models is impressive, they also show us what we don’t know about the universe. Not only about the distant past, as detailed on the previous page, but also about the present universe: If you look around, all material objects you see are made of electrons and nucleons. […]

In the context of Einstein’s general theory of relativity, one can formulate cosmological models, called big bang models. They give a reliable picture for the past 14 billion years of the evolution of our universe, which can be tested by comparing predictions and astronomical observations. Despite successes, there are a number of open questions. The […]

The framework for formulating the physical laws that govern the world at microscopic length-scales - the physics of the micro-world, for instance of atoms, atomic nuclei or elementary particles, but also the physics of ultra-precise measurements such as those made by gravitational wave detectors.

The laws of quantum theory are fundamentally different from our everyday experience and from those of classical physics.

The first unusual feature is that, in many cases, quantum theory merely allows statements about probabilities. For instance, in classical physics, one can assign to every particle, at every point in time, a location and a velocity. Whosoever can measure those quantities precisely can, in principle, predict where the particle in question can be found at every point in the future. In quantum theory, all one can assign to a system of particles is an abstract quantum state from which can be derived no precise predictions, but merely the probabilities for detecting a specific particle at a given time in a given place. Whether or not one will really find the particle at that location is governed by chance.

The second unusual feature is a fundamental restriction placed on the exactness of certain measurements (Heisenberg uncertainty relation). For instance, the more precise one measures a particle's location, the less definite any statements one can make about its velocity.

The third feature is how quantum theory came by its name: A number of physical quantities in nature come in little packets, in quanta. For instance, according to quantum theory, electromagnetic radiation is made of tiny quanta of energy called photons.

Examples for quantum theories are quantum mechanics and relativistic quantum field theories such as Quantum electrodynamics or other parts of the standard model of particle physics.

In general relativity: All contents of space-time that contribute to its curvature: particles, dust, gases, fluids, electromagnetic and other fields.

In particle physics: All elementary particles with half-integer spin, such as electrons and quarks, as well as their composites such as protons and neutrons, in contrast with force particles.

Physical quantity with the special property that, in physical processes, energy is neither destroyed nor created, simply transformed from one form of energy to another. Some of the different forms of energy that are defined separately are kinetic energy, thermal energy and the energy carried by electromagnetic radiation.

One important consequence of special relativity is that energy and mass are completely equivalent - two different ways to define what is, on closer inspection, one and the same physical quantity. See the keyword equivalence between mass and energy.

Astronomical observations of galaxies and galaxy clusters as well as comparison of observations with the predictions of the big bang models show that only about 15 percent of matter in the universe announces its presence by giving off light or other kinds of electromagnetic radiation. The other 85 percent of the mass are supplied by dark matter, and cosmologists have convincing evidence that most of that dark matter is not in the form of the usual atomic constitutents protons and neutrons. The exact properties of these unusual matter particles are not yet known, other than that they do not interact with ordinary matter and radiation other than by gravitational influence.

Comparing astronomical observations with the predictions of the big bang models (which link the properties of matter and the speed of the universe's expansion), it turns out that more than 70 percent of the density of the universe is supplied by what is called dark energy, a type of energy that is associated with empty space itself. Ordinary matter or energy are conserved when the universe expands: If I have 10 hydrogen atoms in a certain region of space, and if that region now expands to twice its initial volume, it will still contain no more than the initial 10 hydrogen atoms, now spread over the larger volume. On the other hand, the amount of dark energy in that region of space doubles in the process, just as the volume, the "amount of space" is twice as large than it was in the beginning.

There's another crucial difference between ordinary energy and dark energy. The gravitational influence of ordinary masses and ordinary energy is attractive - it is aimed at pulling all the contents of the universe closer together. Dark energy, on the other hand, acts to accelerate the universe's expansion. In that way, it is equivalent to a certain type of what is called a cosmological constant.

As yet, nobody knows how (and if) dark energy fits somewhere into our current picture of the fundamental constitutents of the universe, for instance: into the standard model of particle physics or some extension of that model. This makes dark energy one of the greatest mysteries of modern physics.

That branch of physics and astronomy dealing with the structure and development of the universe as a whole. At the core of modern cosmology are the big bang models based on Einstein's general theory of relativity. Their basic features are reviewed in the chapter Cosmology of Elementary Einstein. In order to describe the very early universe, it will be necessary to take the effects of quantum gravity into account - this gives rise to models of quantum cosmology.

The big bang models are the foundation of modern cosmology. Firmly grounded in Einstein's theory of general relativity, they describe a universe that began in a very hot initial state and has expanded (and cooled down) ever since. They make precise predictions about nucleosynthesis in the early universe, the existence and properties of the cosmic background radiation, and the distribution of distant galaxies in the cosmos, which have been confirmed by astronomical observation.

The word "big bang" has two different meanings. In a strict sense, the big bang is a space-time singularity, a state of infinite density - the initial state the big bang models predict for our universe. In a more general sense, the term is applied to the earliest cosmic eras, in which the universe was exceedingly hot and dense. Further information about these two meanings and why it is important to distinguish between them can be found in the spotlight text A tale of two big bangs.

The basic features of the big bang models are reviewed in the chapter Cosmology of Elementary Einstein.

Selected aspects of cosmology are described in the category Cosmology of our Spotlights on relativity.